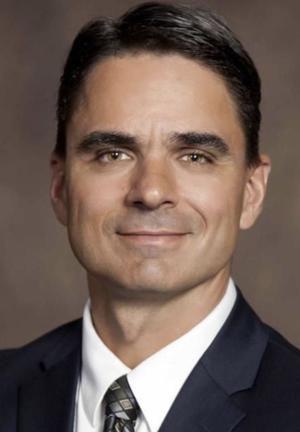 Wayne Guidry grew up in Orangefield,TX before attending the University of Texas on a track and field scholarship. While at the University of Texas he earned his Bachelors of Arts in History. He was an All-American pole vaulter for the Longhorns while winning multiple Southwest Conference Championships. His senior year he was named team captain for the Longhorn track team.

After graduating from the University of Texas Wayne spent the next four years overseas as a missionary in Kyrgyzstan and Afghanistan.

Guidry taught in the classroom for five years and spent the next four years in campus administration. Guidry spent six years in West Orange-Cove serving as curriculum director and executive director of operations.  Prior to coming to Spring Hill ISD he served as the Superintendent of schools in Hubbard, Texas.   He earned his masters and doctoral degrees from Lamar University.

More important than any achievement in his life he is the very proud father of four children. He and his wife Mrs. Guidry who is a counselor in Longview ISD are fulfilling their dreams of having a positive influence on children.